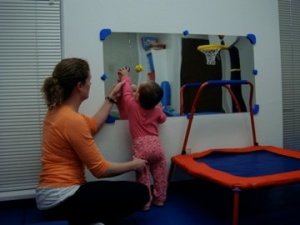 Suction cup balls are one of our favorite toys to play with.  We can usually find them in the party favor section at Target but they also sell them on Amazon.  We use them to work on many skills such as:

What else have you used suction cup balls for?